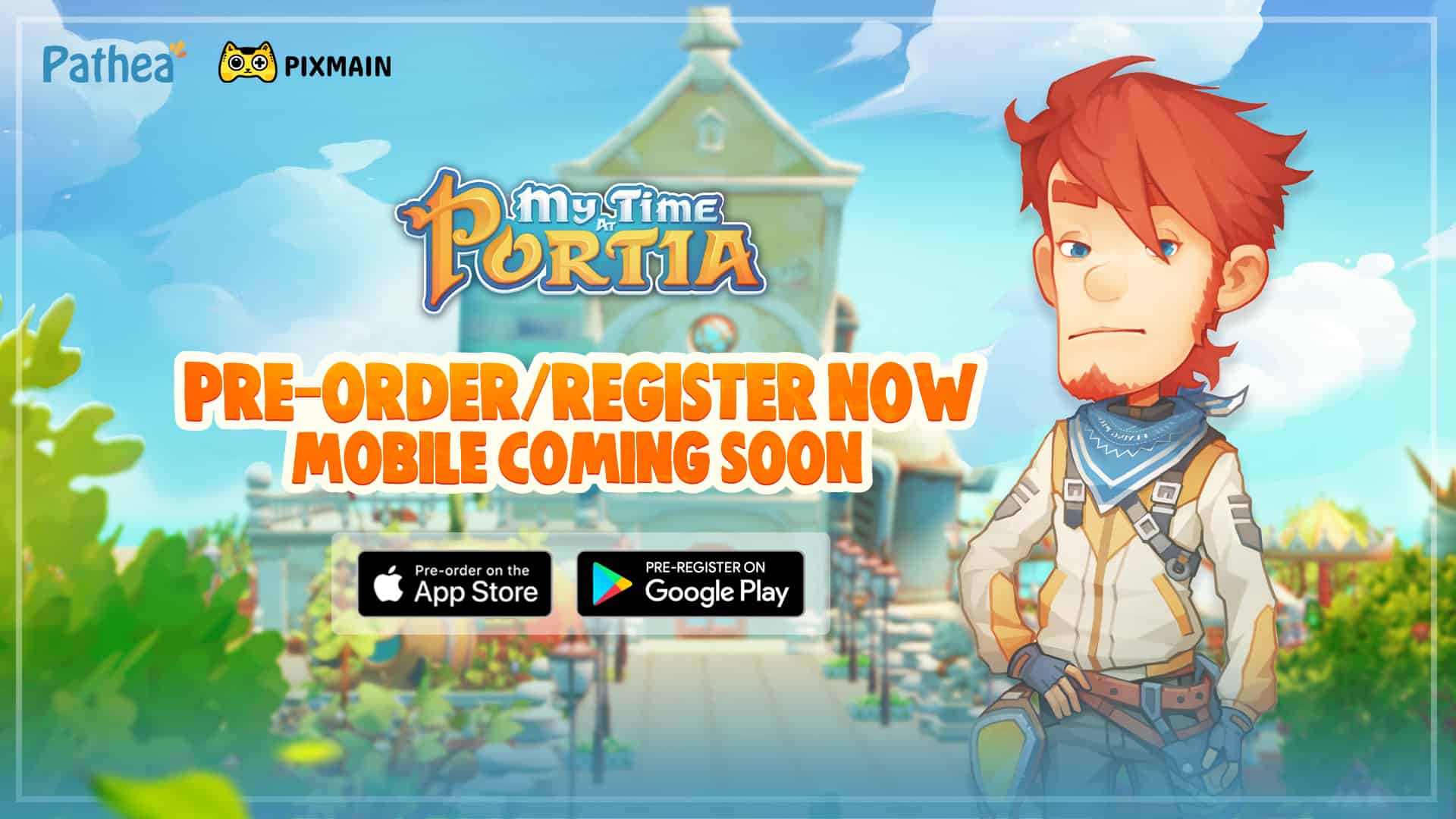 The beloved role-playing game, My Time at Portia, announced today that it’s welcoming mobile visitors to its charming post-apocalyptic land starting August 4, when it launches on iOS and Android devices worldwide. To celebrate the town’s grand opening on mobile, Pathea Games and Pixmain are offering future virtual travelers on iOS devices a special pre-order of the game for $5.99 USD on the App Store, 25% off the price at launch, as well as mobile exclusive in-game rewards as more fans sign up. Android users can pre-register for the game on the Google Play Store.

After selling over two million copies worldwide on PC and console, and becoming one of the most popular games on Steam, My Time at Portia will be available with many mobile-specific upgrades and surprises for new and returning adventurers. While traveling in the beautiful town of Portia, players will be tasked with restoring the glory of human civilization on an unfamiliar land. In the process of becoming

a seasoned builder, players will form bonds with the townsfolk and understand the buried truth of this post-apocalyptic world.

After hearing feedback from thousands of players worldwide, Pathea Games and Pixmain have implemented some key upgrades to the original PC game to make the mobile version even more fun. For example, the mobile version will have a clean, simple interface, including a full touchscreen and an UI redesign. For players who have been asking for more streamlined play, the mobile version will have many shortcuts and ways to save time for players, helping builders speed up their pace and develop their dream town faster. Players will also experience new manual and auto-save functions to ensure a smooth portable gaming experience to transport players into the town of Portia anytime, anywhere.

Other Game Features Include:

• Enjoying the fun of building and operating a 3D workshop: Gather materials from every corner of the map, and experience the joys of progressing and transforming from manual labor to industrialized automation. As the latest builder in town, take up new responsibilities and contribute to the town of Portia and its people by honing your craftsmanship. From a basic sewing machine to a high-tech flying seat, players must build everything with their own hands. If players wish to develop animal husbandry, they can raise farm animals and even ride an alpaca!

• Become friends… or fall in love with fellow Portians: The town of Portia has over 50 interactable non-player characters (NPCs). Develop and deepen your relationships with them, and they may provide you with unexpected help. Players can swing or ride a hot air balloon with their favorite NPC to strengthen the relationship. When everything falls into place, players can tie the knot, have children, and experience the hard work and joys of parenthood.

• Engage in challenging battles and embark on adventures: Hone fighting skills, defeat terrifying monsters of post-apocalyptic ruins, and unearth the truth of the former world buried beneath.

To keep up to date with the mobile release of My Time at Portia, like us on Facebook and join us on Discord. Virtual travelers that want to pre-order their mobile trip to Portia can do so on the App Store for iOS and pre-register on Google Play for Android. Reserve your spot now to unlock amazing exclusive mobile rewards!